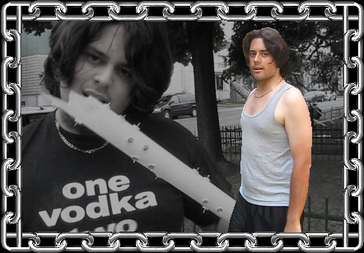 MATT RAGE
*CHW HALL OF FAMER* (Class of 2015)
CHW DEBUT: Season 1 (2009)
FINAL SEASON: Season 5 (2014)
HEIGHT: 5'9"     WEIGHT: 182lbs.     FROM: Milan, Italy
FINISHING MOVE: Rage-Breaker
ACCOMPLISHMENTS: CHW Interstate Champion, Comeback of the Year 2014
BIOGRAPHY: A cornerstone of CHW. Matt Rage competed in the very 1st match against Swede Savard back in 2009. After surviving a battle with cancer, Matt Rage returned in Season 5 to become the 1st ever CHW Interstate Champion. In 2015, he became the 1st inductee into the CHW Hall of Fame. 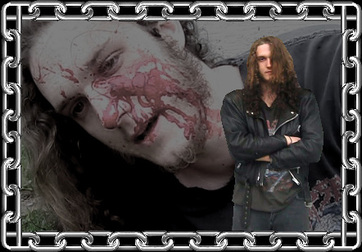 CHW DEBUT: Season 1 (2009)
FINAL SEASON: Season 4 (2013)
HEIGHT: 6'1"     WEIGHT: 186lbs.     FROM: Vancouver, BC.
FINISHING MOVE: The Crossface
ACCOMPLISHMENTS: None
BIOGRAPHY: Jesse "The Bruiser" Bedard was known as the submission specialist here in CHW. Many wrestlers had tapped out to his many holds such as The Crossface and The Texas Cloverleaf. He is also one of "Original 4" who began Crazy Hardcore Wrestling back in 2009. He is still remembered and missed by many fans. 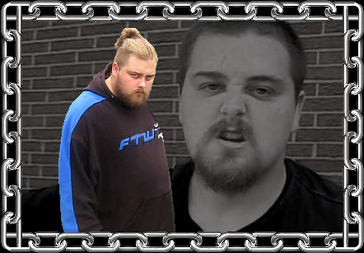 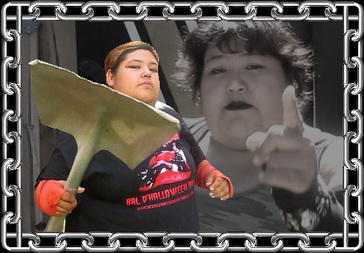 CHW DEBUT: Season 2 (2010)
FINAL SEASON: Season 5 (2014)
HEIGHT: 5'11"     WEIGHT: 319lbs.     FROM: The Rez
FINISHING MOVE: Avalanche
ACCOMPLISHMENTS: None
BIOGRAPHY: Nobody can deny that Eliza Raven has left her mark on CHW during her time here. Her feuds against the likes of Miniak and Matt Rage are legendary. Her favorite weapon to utilize is her trusty shovel. Only time will tell if Raven will ever grace us again with her presence here in the backyard. 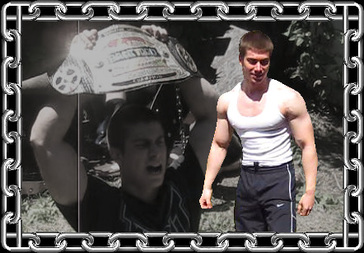 CHW DEBUT: Season 2 (2010)
FINAL SEASON: Season 5 (2014)
HEIGHT: 5'9"     WEIGHT: 172lbs.
FINISHING MOVE: Powerslam
ACCOMPLISHMENTS: CHW Backyard Champion
BIOGRAPHY: Eric D began his career here in CHW back in Season 2 as a referee. After close to 2 years, he finally decided to compete on a regular basis. It wasn't long before Eric was crowned CHW Backyard Champion after defeating Ric Roberts in a Strap Match. He also became only the 2nd person to hold that belt for over 1 year! 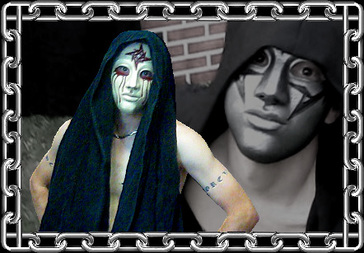 CHW DEBUT: Season 2 (2010)
FINAL SEASON: Season 2 (2011)
HEIGHT: 5'9"     WEIGHT: 151lbs.     FROM: Culebra, Puerto Rico
FINISHING MOVE: Bloody Sunday
ACCOMPLISHMENTS: None
BIOGRAPHY: Although his time here was short, he still left a lasting impact on CHW. One of the hardest Chop's in the business, Manson had an encyclopedia worth of moves and holds at his disposal. His opponents left with bruises, bumps and marks after every match with him! He left CHW to return to the Indy's back in Puerto Rico. 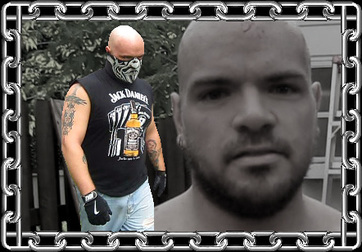 CHW DEBUT: Season 2 (2010)
FINAL SEASON: Season 3 (2012)
HEIGHT: 6'0"     WEIGHT: 236lbs.     FROM: Parts Unknown
FINISHING MOVE: Chokeslam
ACCOMPLISHMENTS: None
BIOGRAPHY: They didn't call him "The Monster" for nothing. Skorpion plowed through anyone who got in his way. Nobody in CHW history can say that they either pinned or made him submit throughout his entire career here. He also earned big victories against CHW Originals, Swede Savard and Innovator.